SIGN UP FOR SUE’S NEW FREE EVENT ON FEB 13 - The Healing Power of Pet Therapy - What it is, How it works, & How to do it: CLICK HERE

When I was asked by very dear friends to give a one-year-old shih tzu a home, I had no idea what impact this would have on my life. In 1987 Rocky became part of our family.

As soon as I heard of the possibility that this dog would be put to sleep for not having a home, there was no question in my heart that I had to adopt him. It was love at first sight between us. When I first laid eyes on him, I immediately picked him up. He put his head on my shoulder, and placed his paws around my neck as if he was giving me a hug. He was dirty and badly in need of a haircut, but his eyes told it all. It was meant to be for him to be with me, during that period of my life and beyond. At the time, I had no idea how much he would mean to me.

Later in that year, I discovered I was going to have my first child. This would be the first significant challenge in my life. In the seventh month of my pregnancy I started having complications. The baby wanted to come earlier than planned. To prevent this from happening, my doctor ordered me to have complete bed rest. Rocky was there with me every step of the way. When I got frustrated or lonely Rocky would somehow remind me that I was not alone. He would constantly lick me and look into my eyes. I sensed he was trying to tell me all would be okay. Months passed and in March of 1988 I delivered a wonderful baby girl.

Months later I began to quickly lose a lot of weight. Soon after I was diagnosed with Crohn’s disease. This came as a huge blow.  Once again, Rocky was there for me. I would spend hours at a time in the washroom. Every time Rocky would scurry to be there with me before I shut the door. He would sit and lick my legs, cry and sense the pain that I felt. It was so comforting to have him there beside me. I found him to be therapeutic for me. When I experienced the severe pain that can accompany Crohn’s Disease, Rocky would move toward me, and breathe very heavily into my ear. It was as if he wanted me to focus on his breathing and not my pain. His presence taught me that by breathing very deeply, I could handle the pain better.

Time passed. The baby got bigger and Crohn’s disease was in remission. I was pregnant with another child. Because I had Crohn’s Disease, this became a high-risk pregnancy. I spent approximately 2 months in the hospital fighting to stay alive. I had a terrible case of morning sickness and my weight was down to 80 pounds. At that time, pets were not allowed in hospitals. At home poor Rocky would sit by the door crying, waiting for me to come home.

One day my family brought me a wonderful surprise. They told me that to see this surprise, I had to get up and walk down the hall.  I found the strength and walked down the hall and out onto the patio. Instantly I started to cry. There was my furry friend wagging his tail. It was wonderful to see him. It was not long after that visit that I recovered and was on my way home again. Months later I delivered a beautiful healthy baby girl. The strength, the courage, and the determination Rocky gave me were priceless.

Three years later my marriage ended. This dog became my rock! When things became very stressful my 4-legged friend would be right there licking me and giving me love. That was his way of saying all would be okay. He was right. Many people would say to me, “You are going through all of this for a reason”. Years later I can see that, but at the time I didn’t believe them.

In life everything happens for a reason. In my life I was given a dog named Rocky to get me through some very difficult days. On December 3, 2001 at 9:40 am in our home, Rocky died peacefully in my arms. We will all miss Rocky so much, but I thank God for all the time I have had with my magnificent friend. I feel that my friend knows that I will be okay without him. Just before he passed on, a wonderful new man came into my life to take his place. Rocky’s memory will live with me eternally.

I am now disease free and have a great career as a TV Host, Pet Psychic, Intuitive Life Coach, and Reiki Master. My experiences with Rocky inspired me to become a Pet Psychic helping both the owners and their pets heal emotionally and physically. Pets have the power to comfort through unconditional love, the power to ease pain, and the power to give us courage and strength.

The next time you see an animal give it some love. I am sure it will have a wonderful affect on you!

Copyright Sue London 2022. All rights reserved. Sue is the Author of “Soar Above It All”, “Rocky’s Trip To The Hospital” and “Rocky’s Positive Thoughts Coloring Book”. Sue London can be reached at asksuelondon@gmail.com. To learn more about Sue London and schedule a consultation visit www.AskSueLondon.ca 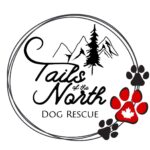